In looking back at my last several entries, it strikes me that my "icon journal" has become less of an "icon journal" than a personal journal... So I was considering starting my own graphics community - where I would be the only contributor... because I'm selfish that way - to house my icons, picspams, layouts and wallpapers. I kind of want to do more layouts...

Anyway, that's where you come in?? Opinion please...

Open to: All, detailed results viewable to: All. Participants: 13

Should I have a separate graphics journal?

What is a Trope? It's all over my flist and I'm very lazy so someone just explain it. :)

Amazing what $15 will get you.

K. I have that checked off the list.... Woot. I now have two feet firmly re-planted in fandom. 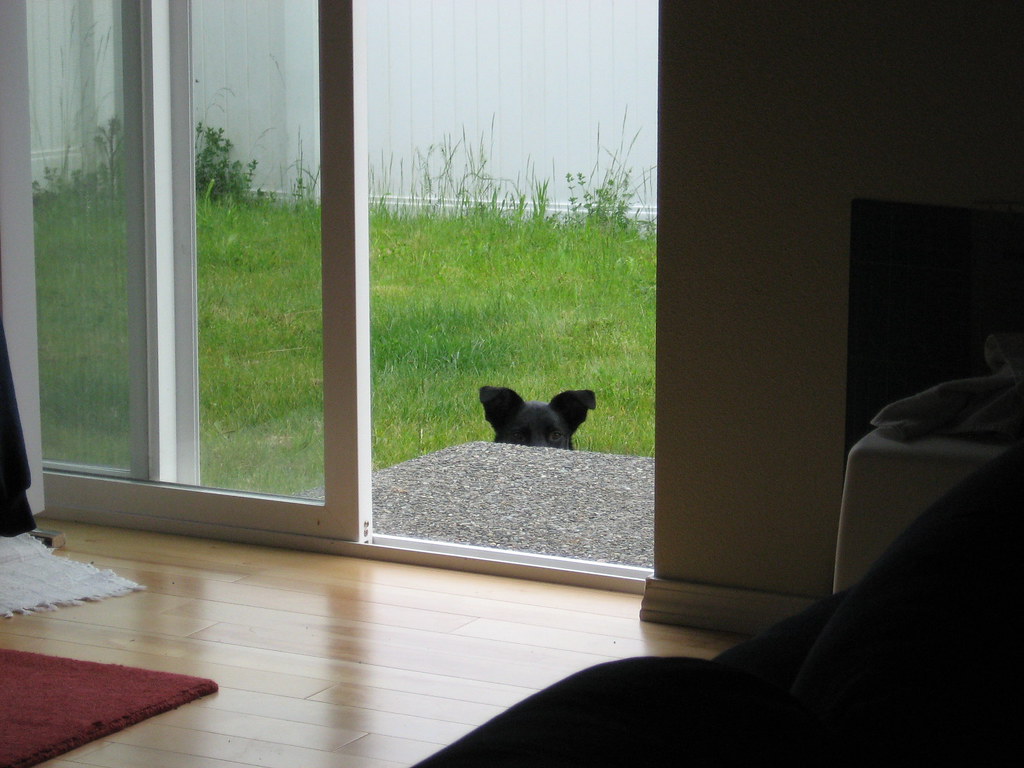 Someone is watching. o_O

Only the cutest (most stubborn) puppy ever!!

OMG I just lol'd because I picked the icon of Bela with her devil horns. HAHA. Too true. 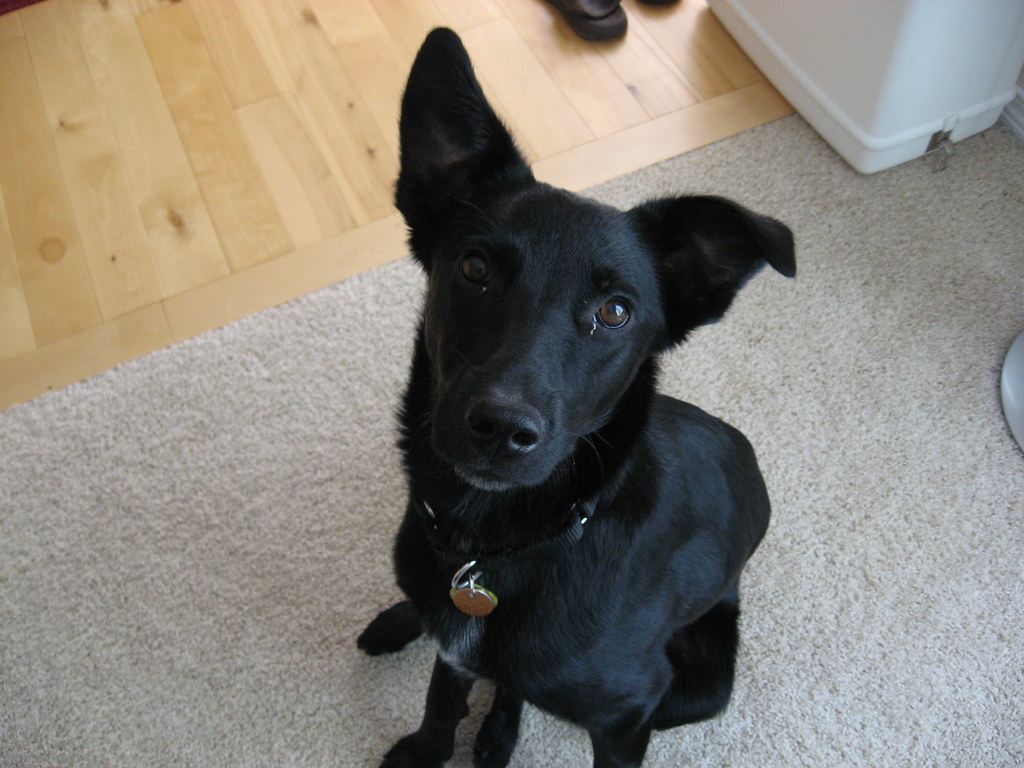 For serious... she's SUPER cute but OMG she couldn't be more stubborn. I know she's smart... I feel like she's training me rather than the other way around. I need the Dog Whisperer...

K like for real. I'm back. I SWEAR TO GOD. My domain expired (hence no images except these that I'm hotlinking from my flikr acct) but I'm back. I plan to do a big OMGMYLIFEHASBEENINSANEANDSTUPID post to get you caught up on what I've been up to (because I know you ALL want that... or something) and plan to respond to some comments that have been ignored... and plan to make ICONS. OMG yes. Icons.

I'm having a rough couple of weeks so I think some LJ therapy is in need.

I love you all!

Excerpt from my facebook IM convo with my husband who is currently in New York working on a video game:
John: I think the stunt guys might be a little late. I;m gonna hang here til someone comes to get me

John: yeah, we have stuntmen coming in to rehearse motion capture stuff. we need them as well as regular actors because we can;t throw regular actors down the stairs and stuff. regular actors aren't so good at the physical stuff.

Me: :) is david duchovny one of your regular actors? :)

Me: run that up the flag pole... see if anyone salutes. you can thank me later when a bajillion xfiles fan girls buy your game. i'm sure it totally worked for XIII. or whatever that was he was in

My friend Kendra moved from Hawaii to Seattle and her dog suffered such devastating injuries during the flight and extended layover on Continental that he had to be euthanized.

Kendra paid EXTRA for a handler and a kennel for Tucker when he was FORCED to lay over in Houston. Instead, she suspects he was left in his crate, not watered, not fed, not walked and left to bake in the Texas heat. By the time he finally got to Seattle, he was covered in blood, poop, vomit and pee. He was lethargic, non-responsive and refused to move, eat or speak. The vet said his stomach twisted - which if you're unaware, is common amongst large breeds. This can be caused by too much air in the stomach which the vet thinks was the result of Tucker trying to drink water that wasn't there because he was too hot.

I saw the crate he came home in and there's poop on the walls and blood on the gate where he was trying to nose his way out.

He was in excellent health before he left Hawaii and Kendra is taking Continental to task for the neglect they showed her animal.

On top of a bad situation, the cargo handlers were complete and total assholes to her when she picked him up and wouldn't let her take the dog without signing something that said he was in good condition when she picked him up. She eventually signed because he needed care but she crossed out the "in good condition" part and initialed. They still gave her a hard time about that...

If you're on Facebook, join the page please. Tucker was an awesome dog. A real gentleman. And Kendra is a feisty redhead so things are going to get done. :)

Still no host... but then that's because I haven't done anything to change that. I'll do that maybe tomorrow... today I have a busy day ahead - a trip to the dog park and a 3.5 hour class on how to be unemployed courtesy of the state. I'll do whatever they want me to do in order to get my weekly check but honestly... people... I was unemployed for 8  months last year. I think I got it down.

Rachael Ray just made the biggest fucking sandwich I've ever seen. And I want it.

I'm still digesting a bit but my first impression was that it was A-MAY-ZING! OMG.

I told my friend a few weeks ago that I think Lost is one of the great American novels - just in picture form. Beginning to end it has been an intricate, involving, surprising and enlightening story with tremendous character, plenty of room for interpretation and forcing the viewer to confront some of the larger questions of the day - fate vs destiny, good vs evil, love vs loss.

To JJ, Carlton and Damon... and the ridiculous cast, I say thanks and congrats. :)

If you're gone long enough, don't answer your phone and don't check your e-mail, apparently they shut your hosting account down.

I'll work on that this week which, who knows... might instigate a return to LJ! I've been laid off AGAIN, bitches... so you'd think I'd have time... but I just got a puppy so she sucks up 98% of it. She's so cute tho. I'll post pics when I have a host again.

I know I suck as a friend but I still love my flist. :)

The hopes and dreams of 33 million people rely on you not choking.

I'm 90% sure the folks that "run" NBC are on the crack. And it must be good crack because lord almighty... they obviously don't care about anything other than gettin' high.

Exhibit A - Jay announces his retirement... and then pulls a Brett Favre and decides last minute to UNretire. How does NBC handle this? Rather than lose Jay to Fox or ABC, they put Jay Leno on every night at 10 pm. That was as bad an idea as a bad idea can be bad. "Hey. Let's put Jay Leno - truly unfunny in his funny business - on five nights a week smack dab at the end of prime time... let's cut five hours of mediocre-to-decent scripted programming as an FU to the writers who went on strike last year... let's throw Law & Order: Special Victims Unit - a show about violent sexual predators - on at 9pm (8 central) AND let's screw over our affiliates in a royal way. Because it'll make Jay happy and save us money."

Sure that makes sense.

The only decent part of that decision was to put Conan on the Tonight Show. YAY CONAN!! :) He's a thousand times funnier than Jay, way more relevant and he has red hair. Cool beans.

Woulda been better if NBC had thrown even $5 at promoting the new (and improved) Tonight Show instead of investing a bajillion dollars in promoting Jay Leno every five freakin' minutes.

Exhibit B - NBC spins Jay's lackluster ratings and still calls him a success because they're STILL making money even though his show is for crap... it's still cheaper than paying for five hours of drama so voila! SUCCESS!

Unless you're an affiliate news program... or Conan OBrien. Without a decent lead in, your local news and Conan are left only with their extra loyal "OMG I MUST DVR THE NEWS/CONAN AND CAN'T MISS A MINUTE" fans. But that's not Jay's fault and that's not NBC's problem because they're making money.

Exhibit C - So the affiliates and, presumably Jay, complain loud enough so NBC decides to put him BACK on at 1130. Forget that Conan guy... his shit ratings are because Conan sucks... not because NBC doesn't know how to manage their shit. "Conan will do whatever NBC wants, right? He'll take the heel to the face and suck it up and give Jay his Tonight Show spot and be happy to be on at 1205 (which, btw, is no longer "tonight"). Because he's Conan and he's not as important as Jay and we like Jay more because we're high on the crack 23 hours a day."