This is really nothing more than making it kind of official. The fact is, I lock *some* of my more personal posts... not that many but a few. All of my icons and memes are all open to the public. Feel free to friend the journal to watch for updates and please don't be offended if I don't friend you back. I don't friend too many people back mostly because I have a hard time keeping up with my flist as it is! :) But if you think you and I are like two peas in a pod, g'head and comment and let me know. And if you know the significance of the date I used for this post, then I probably would friend you back... just sayin'.

Thanks for stopping by!
- Karen

I haven't understood the thru story on Supernatural - particularly as it relates to Castiel - in years.

So once every year or two I get an e-mail telling me that either my domain is expiring or my hosting account is coming due... and of course my LJ paid accts expire, too. And so pretty regularly I'm prompted to think long and hard about whether I want to incur the expense since I'm clearly not active on LJ anymore... and it usually prompts me to check in on LJ and - if not post - at least click around and see who's still active etc. Sadly - most of my friends and comms are about as active as me. :(

I can't promise I'll post regularly but I'm still around...


Current fandoms (plus one that's been gone a while and one that just ended): 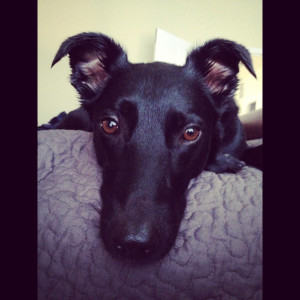 Check in and say HAI!! if you see this!!

Whoa Nelly! It's been a year? Cheese and crackers. And my paid acct expired. Sad.

Been thinking bout my LJ friends - who've prolly all given up on me - and how much I miss this place... my year (plus a few months) long absence coincides almost perfectly with how long I've been back to work AND how long I've had my smart phone. This goddamned thing has basically made a brick out of my desktop. I don't even dust it let alone turn it on and load Photoshop. Sad. I need a laptop. This phone is awesome except LJ is impossible to use on it practically speaking. Srs... it's taking forevs to the this.

Been busy working... lots of drama there. I could go on for days... and I might given the chance. I don't really have an outlet for that aggro.

Took up an old hobby - quilting. I'm such an old lady. But it's fun and relaxing and takes my mind off of stresses... of which there are sooooo many. Plus quilting fabrics are way cooler than they were 15 years ago when I last worked in a fabric store.

Some things don't change. I still love Jensen Ackles and SPN and XFiles. Did my phone srsly just correct XFiles to read cholesterol? Jaysus. I discovered True Blood, Mad Men and Friday Night Lights while I was away. I'm rewatching Lost right now. LOVE all over again.

Oh and 90% of my time is devoted to my puppy. I'm totally one of those weirdos who treats their dog like a child. But she's the sweetest, most adorable and crazy thing in the world. Drama there too... but for another time.

I need to scoot before my phone and the LJ editor add any more random words. If this post doesn't make sense then that's my excuse.

K. Hi honeys. Love you. Miss you. I can't promise more icons or another update soon but I'll try. I need to focus on scratching together $20 to renew my paid acct
expired and get rid of these franking ads. Baby steps!!!

So I'm driving home from my stupid job in stupid traffic and each day at five the classic rock station takes requests for the drive-time hour. Generally, they play decent tunes. Today it was all Zeppelin requests to mark the end of Zeptember. They played Traveling Riverside Blues and then Ramble On one right after the other... both of Dean's favourite songs.

As an aside, I wonder if Dean would like Ramble On so much if he knew it was about the Lord of the Rings...

Can I just say that I *love* that the Stupendous Yappi is Jensen's stand-in??

Pic source... haven't read this article so it maybe spoilery.

I'm going to California tomorrow!!! I'll be driving down - all my byself (as my niece used to say)... just me and the puppy. I'll be there about a week and then I start my new job. I will try my hardest not to let my new job interfere with my LJ this time. I missed it so.

I need a laptop so I can photoshop and LJ downstairs in front of the TV and with my puppy. :)

K so I just re-watched The Curious Case of Dean Winchester - which I loved - and I am still awe-struck by how awesome the old guy was playing older Dean because he so totally nailed the mannerisms and the speech and the look and the walk and he was pretty hot for a super old guy too. So kudos to the casting department on that one. Plus... I also loved the actor that played the witch in that episode. He reminded me of Doyle from the first season of Angel.

I'm juuuuuust about finished my epic XF re-watch. It's taken me forever but that's because I took a big break and because I watch it while I go to sleep so I fall asleep more often than not. Anywhos... I'm on the last couple of disks. I have Jump the Shark, William, Release Sunshine Days and Truth I/II to go and then the awesome extras. :) I'm totally digging season 9. It's my fave of the last two seasons and the best since season 6. I will do the XF meme that's going around when I'm finished my re-watch.

I picked up Friday Night Lights a couple of months ago. I watched seasons 1-3 just in time to catch season 4 on NBC. I devoured each season. OMG I love Coach Taylor and Riggins like no body's business. If you do not watch this show, do it. I guarantee you'll love it. It's not just about football and it's not just about dumb kids being dumb. More than any other show out there, the people on this show seem so real. They live in normal houses, they wear normal clothes, make up and hair, they say normal things... nobody is perfect... it's incredible. They should have been winning Emmys out the ASS all these years.

K that's all for fandom. I'm *still* working on my graphics comm layout. It's slow going because the dog takes up a lot of time and because she hates to be upstairs where the computer is. I can't leave her alone lest she eats another stick of butter. o__O I need a laptop.

I've been cleaning like a sunofabitch the last day or two in preparation for my best friend from back home. She's visiting for a couple of days with her girlfriend. We've known each other for nearly 30 years. OMG. OMG.

K I need to finish cleaning bathrooms and doing a shit tonne of laundry.

So I saw Twilight last night at midnight....

First off... the theater that is minutes from my house is the most kick ass theater in all the land. I don't think a lot of folks realize you can leave Seattle's city limits and go out to the boonies and sit in such an awesome, cheap, 100% digital theater... and I kinda like it that way because that means the movies are never sold out.

Um. I think the population of my town doubled last night when the Twihards descended. It took me 45 mins just to get a freakin' diet coke. There were so many teenage girls there and they were all fucking annoying. One of them was literally SCREAMING. Like. For real. And they were rude bitch-asses too, bumping into you, running around like idiots. My friend Kendra nearly punched on in the throat but decided against it since the girl was a minor. Besides, Kendra feels certain that in a few years, that girl will mouth off to the wrong chick in a bar somewhere and get a fist in the mouth.

I'm working on designing my graphic's community! When I do that, I'll post some icons. Also... Happy Canada Day to any fellow canucks reading. :)

Comment and say "I wanna play" and I will give you ten actors and ten actresses. Then post in your Livejournal with your favourite films of theirs.

This was kind of hard for me because I don't care for a lot of actresses. I just don't. Don't know why. I had a much easier time picking movies for the actors. :)

book232 gave me the following names:


So there you have it. Comment if you want to play!
Collapse